I was finally able to coax this poor kitty out from a drainage culvert with some chicken. She had been living in the woods across the street from me for a few weeks (that I know of) and I assumed she was feral. After a few bites of chicken she proved how wrong that theory was by immediately jumping into my arms and giving me kisses and purring head butts.

She is a 1 year old torbi with white feet. BIG FEET! Princess is a polydactyl, also known as a Hemingway cat. Cats normally have five toes on the front feet, and four in back. Princess has eight toes in front and 6 in the back.

She's got medium hair with a fluffy tail, loves to be held, is litter box trained, super affectionate, and appears to be spayed.

Recently, we thought we'd found the perfect home for the sweet girl, but after only a few hours they called in distress. Severe allergies, worse than I'd seen in a long time (and I'm allergic!). Sadly, in that short time Princess had made herself completely at home. I know that she will quickly adjust with a new family though. Not much phases her, however she is scared of dogs, and nervous around other cats. She she really would have to be the Queen, ummmm... I mean Princess of the house. Given enough time she should learn to get along with another gentle kitty though. 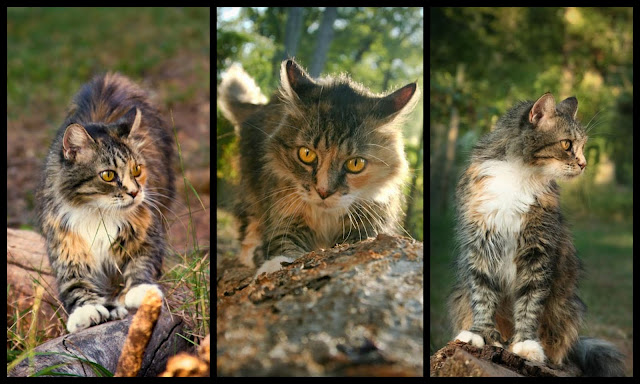